How Ecommerce Websites And Coronavirus Are Changing How We Buy.

Why The Fax Machine Wasn’t An Overnight Success

I remember talking to a chap who in the early 70’s worked for an American company, back then his job was to introduce the Fax machine to the UK, he mostly failed. But back then, we didn’t have the internet, nevermind Shopify or eCommerce development companies to help his cause, it was very old school.

Speaking to him years later, he said that it was a hard job knocking on doors day in day out with only limited success. It was surmised that the failure was mainly due to the cost and size of the machines at the time. He eventually left this job to work for another company doing something else other than selling unwanted technology to the business community.

However, though the facsimile machine was present in mainly larger companies during the 1970s, mass adoption in the UK was not apparent until some years later, and that was because, at that time, conditions were not right, we’d have to wait until the 1980s for that to happen.

The Very Specific Event Which Changed Everything

The first reason why things changed in 1980’s was pretty obvious, the technology had improved significantly since the ’70s, mainly thanks to Japanese companies, who have a habit of taking something, re-engineering it and making it better… take for example car manufacturing and of course electronics. Nonetheless, even though the Japanese had made huge strides in making the facsimile technology more affordable, smaller and more accessible, wide-scale adoption in the UK in the 1980s was still only relatively small.

The second and perhaps the most compelling reason for large scale adoption was because of circumstance. They say that necessity is the mother of invention, and so it was in this instance. The game-changer was as a result of an event that few people saw coming and which affected every business in the UK and changed the very nature of how companies operated. The event in question was the Postal strike of 1988, which started out as a 24-hour dispute over pay and conditions, but which went on to last two whole months.

Because the postal service was a government own monopoly at the time, the strike meant that virtually all postal services ground to a halt. For those of you who don’t know what it was like back then, remember, this was a time before the internet, and mobile phones were still very expensive and about as mobile as a concrete block, and where written communication between parties was limited to writing letters and sending documents through the post if they couldn’t be sent or collected by hand.

Back then, as the monopoly, the royal mail represented over 90% of all postal activities in the UK, more especially for businesses, who sent and received letters, purchase orders, contracts and other such critical documents which and was the de facto system for written communication among businesseses of the day.

Due to the disruption caused by this one event meant that businesses had to find another way to communicate, and fast.  Virtually overnight, businesses turned to the fax machine as a solution to the problem, much like when there’s a heatwave and everyone all of a sudden needs a fan.

Is Ecommerce Driving Innovation Or Necessity?

Fast forward to today, we’ve come along way since 1988 and there is a completely different landscape, certainly when it comes to those things which affected the rise of the fax in the UK. Those events which lead to the rise of such a machine in an office have largely been consigned to history with the exception of certain professions, even the NHS banned to purchase of fax machines in 2019.

But despite all that has gone before, you can see the parallels between those events on the late eighties in the UK and the events happening globally today in 2020 with the Coronavirus. Once again we see necessity being the mother of invention.

Technologies and electronics are more mature and are universally available not just in business, but with the general public too, and much like the fax machine in the 1980s, there was a recognised way of doing certain things, in this case, buying habits, which due to lack of innovation or necessity have remained largely unchanged, that was until now.

Take the purchase of a car, for example, the process is largely unchanged from when you used to do it decades ago. You choose your car, you go to a dealership, you haggle (maybe), then you agree to terms. At some point, you may even go back to the lot to drive home your purchase, or perhaps the dealer will deliver the vehicle themselves.

Even though you have been able to buy a car online for some time, figures for 2019 state that around 825,000 cars were bought over the internet. Relatively few people choose to buy their vehicles wholly online, as they would an item of clothing. It seems that for us humans, there is a need to have some kind of tactile involvement with the purchase of something which is of a higher value, but maybe that is about to change?

With the coronavirus spreading rapidly across the globe, panic-stricken populations fueled by media coverage and government advice are restricting themselves of travel, avoiding congregating in large groups or being stuck in an enclosed space with other people, without the protection of a face mask and a bottle of hand sanitizer. This is changing how we live our lives and our shopping habits, especially for those larger items, we may have previously considered too large to make over the internet.

According to an article on the BBC News websites, in China, the epicentre of the outbreak and the country first hit, there are some buying patterns emerging which correlate with what we saw in the UK back in the 1980s, but instead of a fax, this time its cars. Not that car ownership is limited in China, as per the fax machine pre-1988 in the UK. But due to circumstances, people have found themselves in and then acting out of necessity.

During Feb 2020 the purchasing of cars in China fell by 92%, and in a country as large as this, its a huge drop, but it’s a circumstantial response to a unique situation, and once again, due to this, people are adapting to this unique situation which was impossible to predict.

In response to the crisis, the demand for cars bought online has gone through the roof, with companies like Geely who owns the Volvo brand and is the largest privately-owned car producer in China, even setting up an e-commerce store promising fully contact-less process from pre-purchase including a test drive, right through to post-purchase delivery.

Frost And Sullivan consulting estimate that by 2025 six million cars will be purchased via online platforms. As the coronavirus takes hold across the globe,  there will be more scope to grow this further using eCommerce websites and online transactions. Tesla has already disrupted the way we buy cars to a large degree, but even beyond the large outlay of domestic vehicles, what else will people be buying more of through online channels?

How Will Online Buying Habits Change Because Of Coronavirus?

If you don’t want to put yourself at risk of infection or if indeed you are self-isolating, you don’t need to worry about having to find a way to go to the store to get supplies of any description. If you’re in a major conurbation you can get shopping the same day. Amazon Prime membership gives you free next day delivery, same day if you’re in their delivery catchment area. Even the humble fast-food delivery will be able to help you out if you make payments online. I can see some enterprising takeaway food companies adding a service where you will be able to arrange for the food to be dropped off without having any physical contact, in some if not all cases.

So while we might think of e-commerce as being pretty universal, in reality only about 20% of all transactions take place online, given the circumstances, and the online commerce technology available – it will be interesting to see if statistics in the coming months reflect a permanent change in our online purchasing behaviour.

What do you think?

are you ready to get to the top of google - take the scorecard?

How To Avoid the #epicfail most businesses make when it comes to traffic and sales online. 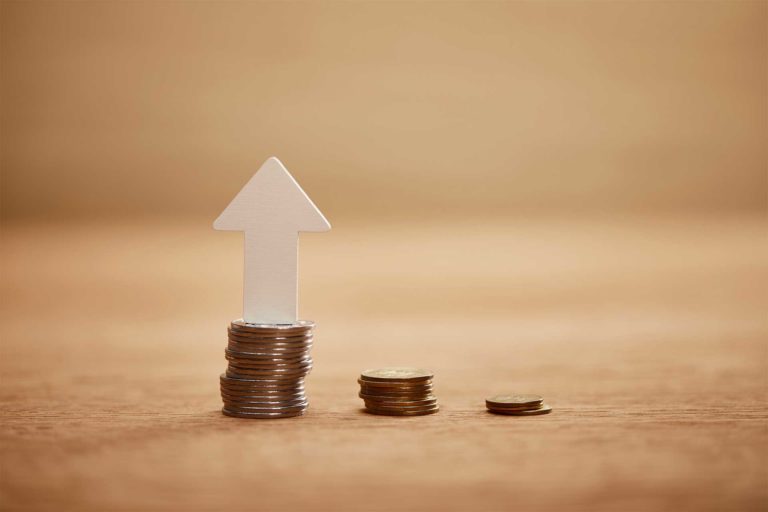 SEO Metrics For Profit Not Vanity.

Black And White Boy have been delivering epic results for online brands with SEO and digital marketing since before 2007. Results like this are only achievable through having a robust digital marketing strategy tailored to your situation and applying it methodically and consistently – It’s not some mysterious black magic at work, it’s just hard graft and knowing how to get the desired results.

ocassionaly we publish helpful posts about many aspects of digital marketing and SEO which you might find useful, sign up to receive them directly to your inbox.

Are You Ready To Get To The Top Of Google - Take The Scorecard?